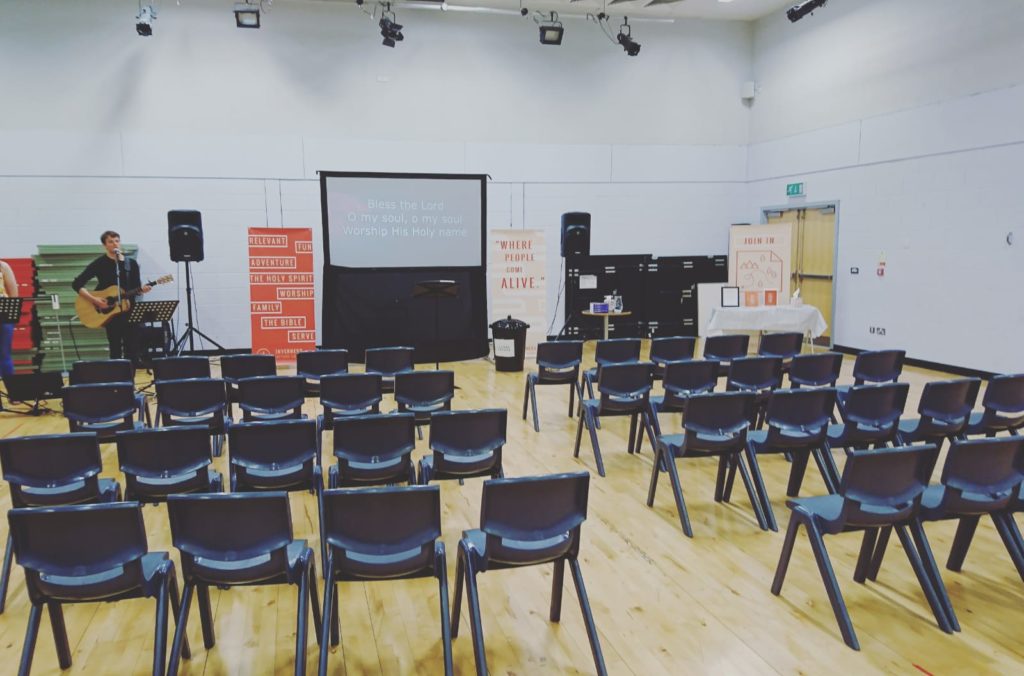 We thought it would be really useful to put together a wee series of blogs called “Preparing to plant”.  As we are now around 10 months since moving and a couple of months since starting regular Sunday services, there has been a lot learned along the way that we hope will serve those who will lead a church plant or be part of a church plant in the future. And also so for the many people who are praying for us, to give a snapshot of what we have learned or encountered as we have moved up north.

I think one of the major things God has spoken to us about is building, and that the church planting journey for us has meant how we grow, begin and build as a church community looks really different to our past experiences. When we first moved to Inverness, one of my biggest challenges was that first Monday morning -the transition from a large bustling life giving church staff team of 20+ people, to me sitting down at the end of our parents spare room , with a desk and a chair from the garage. This was my “office”, and Inverness Vineyard was up and running. I know that not everyone planting churches will have had that experience but wherever you have come from, things will look dramatically different. That example highlighted for me very early on, that this was going to be a different experience to anything that had went before us. And that journey has been quite challenging for me, to adapt to new surroundings and to carve out a “new normal”. Things slowed down, emails were abit quieter, phone not as busy, it was like someone had hit reset on the life we were used to! It felt hard, but more importantly even at this very early stage a significant God moment, a call to get the sleeves rolled up and get connecting.

This has extended into all the areas of Inverness Vineyard, where previously we would have structures/policies in place to support ministries, events, ideas, we are now in the position where the structures need to be built from the beginning and the policies need to be written. Where we would propose budgets for our ministry areas  previously we now look at the church as a whole, every part and and every penny. Where we would collect our Sunday resources on Friday from the church office, we have had one or two mad dashes to our 24 hour ASDA to get grape juice for communion or gunge for Vineyard Kids. The build looks very different.

And after an initial panic at the magnitude of that, we are good with it. Alot of the initial panic came because I am a visionary, ideas man, and have lots whirring around my mind in terms of where we can go and who can be involved. Thats my kind of building….that is still there but with church planting, but  I realise the foundations need to be right. So right now, its what can we build that can stay built, that will remain upright , that will stand the test of time and who are the key people that will go the last minute dash to ASDA, check the policies and crunch the numbers to support us. The right people are so important in the early build, they set the groundwork and right now we are finding that so important. As we continue to grow and increase momentum we are trying to increase the number of people we release to take stuff on to look after a piece of the building project.

We learned so much from our time at City Church Aberdeen, they have been amazing at supporting sending stuff our way and we have taken many great ideas and structures and will continue to be in touch – but Inverness Vineyard is a different build. Its bespoke, its uniquely God breathed and its going to look different, and we are SO excited about that! To see where God leads us, what is to come and what he will use in to further his kingdom. Its been a learning curve, but one that we wholeheartedly believe God will use for Inverness Vineyard to play an innovative, significant part in being a part of the revival of the Highlands.

We are ready, bring on the next stage!